Notice the use of the word “immediately” in a number of places within the article.  Pretty clear what FWC expects us to do with fish that cannot be harvested.  They make many good points.

Contrary to some reports, there are no new saltwater fish handling regulations in Florida. However, the FWC has recently been reminding anglers about existing rules that are meant to protect fish when they can’t be taken.

Fish must be immediately released for several reasons. For example, there is no allowable harvest of goliath grouper and Nassau grouper in Florida. Tarpon may only be taken if a special tag is clipped to the fish’s lower jaw. Several species, such as snook, redfish and spotted seatrout, can be kept only at certain times and sizes.

Anglers should also use common sense when releasing fish. Sometimes it’s better to safely handle a fish  to carefully remove the hook so it can be released, and other times it’s best to cut the line as close to the hook as possible while the fish is in the water – especially if it’s large or agitated.

The plain fact is that many of our most popular recreational fisheries are strictly regulated, and because of this, many fish caught must be returned to the water. Most anglers would agree that anything we can do to minimize the harm to those fish being released  will benefit the resource in the long haul.

However, we also don’t want to discourage the fun and excitement  of catching fish and documenting the catch, whether for records or the personal satisfaction that comes with sharing this experience with friends and family. That’s why we are attempting to inform the public about safe catch and release techniques, and the harm that can be caused to fish that are handled roughly or held out of the water too long. That is the approach our law enforcement officers are taking, and only egregious cases of mishandling or unequivocal “possession” of an illegal fish would be pursued.

Florida’s anglers should be proud of their conservation efforts. They have helped to restore or sustain valuable fisheries, including snook, red drum and spotted seatrout. As the number of anglers continues to grow and our coastal habitats come under increasing stress, it becomes more important than ever to release those fish that cannot be harvested in as good a condition as possible. The next angler will thank you for it.

If you have an iPhone or Android smart phone and do any boating on Charlotte Harbor and south through Lee County, Florida, this is a must-have FREE app. It’s packed full of great features like an interactive map with public boat launches, reef and shipwreck coordinates and speed zones. It also includes a saltwater fish identifier, satellite weather radar, fishing and diving tips, boating safety regulations and more.  I have it on my iPhone and it does comes in handy.

And the Android app from:  https://play.google.com/store/apps/details?id=com.lee.waterways&feature=nav_result#?t=W251bGwsMSwyLDNd

This app was suggested by Jim Hoffman after he attended a recent fishing regulations workshop put on by NOAA.  A great app to instantly answer any of your “regulation” questions about the fish you catch.  The iPhone version is priced at $.99 and the Android version is $1.00.  Could save you big bucks avoiding a fine for illegal harvest of undersized, closed season, etc. fish.

Here’s a link to review/purchase the iPhone version:

Here’s a link to review/purchase the Android phone version:
https://play.google.com/store/apps/details?id=com.fishrulesapp.fishrules2013

Or, you can scan the appropriate QR Code below: 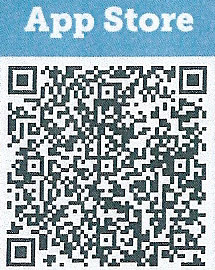 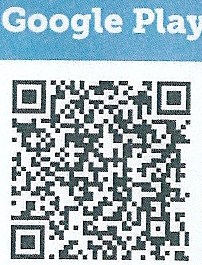